4/15 NEWS UPDATE: we were planning to move to the US but had a major setback so looks like we will be in Japan for at least another year. What a shocker! Everything has its purpose....

Hi Everyone
Apologies for the sporadic updates. I’ve been focusing a lot of energy on various projects and haven’t spent much time organizing my thoughts and writing. But I have lots of exciting new things to share so here we go!

BIG NEWS 1!!!  Moving to the West Coast of the US around May 27th.
After two and a half years activating Tokyo, I am now ready to return to the West Coast to further my growth and reconnect with nature and social change inspiration. The initial reason for moving is the Nonviolent Communication Leadership Program I enrolled in this year. It is a year long program with intensive retreats in January, June, and November. The May 27th date is to arrive early for the June retreat (more on that later). Another big reason for moving is that my new partner is struggling with the cold winters, highly common “sugi”  (cryptomaria) pollen fever, and the oppressive business culture in Japan.

While I’ve come to enjoy Tokyo for all the interesting people and exciting movements, I’ve noticed how little I exercise now, engage with nature, and “stop” (my TEDx talk on the topic was primarily directed toward me). As Satish Kumar said, we are not human doings, but human beings. Right now, I’m more of a human doing. Its time for me to deeply reflect on life again, and practice “being peace” (Thich Naht Hanh).

At the moment, we're planning to WWOOF with my good friends at the Freys Biodynamic Vineyard in Redwood Valley. Then I'll head to the Bullocks Permaculture Homestead in Orcas Island to meet with my Bullocks family and do a revolutionary permaculture tour for Japanese. At some point, we’re looking for a place to settle somewhere in the warmer part of the West Coast or Hawaii. Searching for a community to practice healing, permaculture, NVC, mindful living, and social change on a local and global scale. Southern Japan might be an option too, as well as other places, but right now the US is our main candidate. 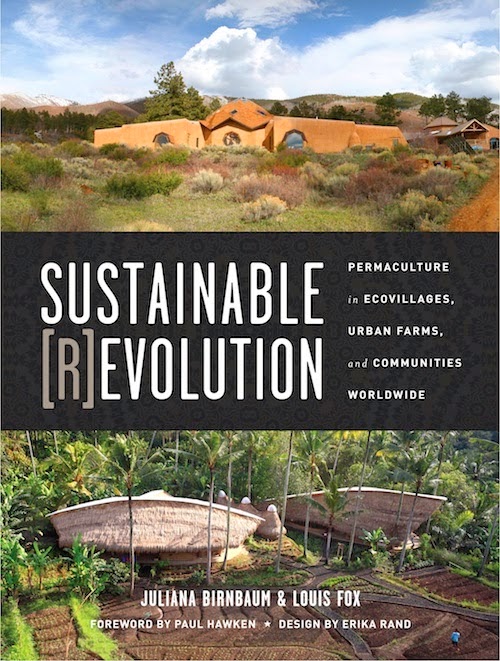 BIG NEWS 2!!!  A beautiful book on Sustainable Living and Permaculture was published including my articles!
Sustainability [R]evolution was recently published and I just got my copies. It was a global community project and I had the opportunity to contribute articles and pictures on the Bullocks Permaculture Homestead, City Repair in Portland, Maa Bueng Ecofarm in Thailand, chinampa agriculture, and natural farming in Japan. Its a really beautiful book with tons of info so check it out!

Check it out here:
http://livingpermaculture.blogspot.jp/2014/03/book-sustainability-revolution.html

BIG NEWS 3!!! Three (and more) books in the making!!!
BOOK 1: As a parting gift, I am making my own book on urban permaculture. I’ve had several wonderful past workshop participants join to create a team for this book making project. It will be the first book on urban permaculture in Japan. I’ve never made a book so it will be an interesting experiment. We also want to hold the spirit of gift economy and so besides the designer (very time-consuming work), many of us are doing it “just for the love of it” (Mark Boyle)!

BOOK 2: One of the writers wanted to write a book about me so we are talking about making a book just about my life and the many paths that I have been skipping along. This will probably be published by a publisher and the Urban Permaculture book will most likely be self/crowd-published. More on that to come.

BOOK 3: The other book is targeting university students to provide an alternative path to the still-so-common but dying “Japanese dream” (big corporate salaryman). I’m writing an article in the book on the Education for Sustainable Living Program that I was a part of at the University of California Santa Cruz. Changed my life!!!

Two other book ideas are floating. One is on creative social change for Japanese activists, and the other is a talk session with the founder of the Sloth Club (central driver of the “Slow” movement in Japan).

POWER SHIFT: I’ve been getting more and more involved in the climate activism. After going to Global Power Shift in Istanbul last year (during the democracy protests), I decided to start up a Power Shift movement in Japan. Shifting power from the handful of old men who make most policy decisions toward a more balanced intergenerational and gender equal power structure. Additionally, shifting energy production from nuclear and fossil fuels toward renewable energies. I decided to promote a campaign to transform Japanese universities to 100% renewable energy. My home-university UC Santa Cruz did it in 2007. So, I’m persuading Japanese friends (and anyone that is willing to listen) that it is possible and that we are going to do it. And it looks like some people are starting to believe me. Get ready for some 100% renewable energy powered Japanese universities. What a very exciting adventure to embark on!

Check out an article about me and Power Shift Japan:
http://livingpermaculture.blogspot.jp/2014/03/greenzjp-article-on-power-shift-japan.html 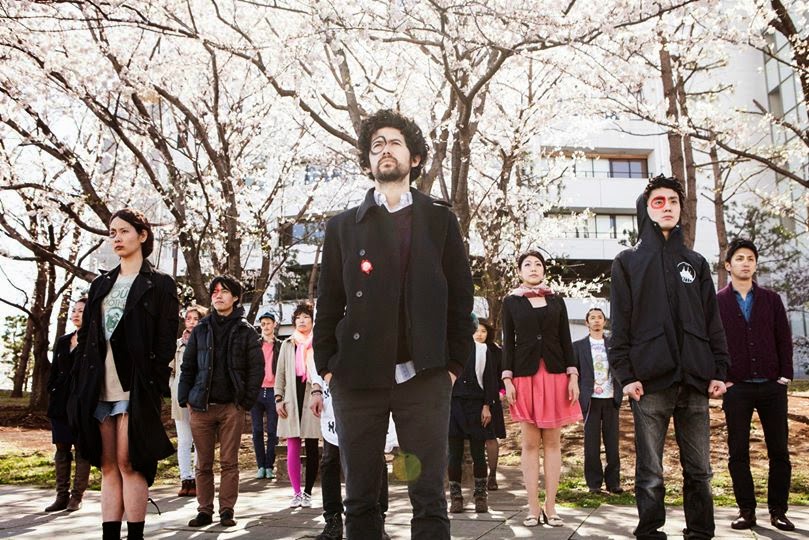 THE FUTURE: After setting up Power Shift Japan, two lovely ladies from England visited me looking for a radical Japanese activist who might be able to start a climate movement with a very different approach. The movement is called The Future and is supported by Lush (as my friend called it, “the smelly soap company”). I’ve had little interest in corporations (besides getting pissed off about corporate corruption and human rights abuses), but Lush has been a refreshing encounter. They have funded activists to work on animal rights, climate change, and gay rights issues. So I am now trying to get The Future going in Japan as well as Power Shift Japan.

Check out The Future:
Homepage: www.thefuture.net

I’ve come to realize how rare and important radical bilingual youth who are passionate about social change are in Tokyo! Especially with an afro!

OTHER HIGHLIGHTS
Permaculture Convergence Japan
With the help of some permy (permaculture enthusiasts) friends I was able to make my dream Permaculture Convergence Japan a reality. There have been convergences in Japan but the non-Japanese practitioners I most respect, who are not Japanese, don’t attend them. So I decided to bring together my favorite permy friends to talk about how to start a permaculture revolution in Japan. Dion and Phil are the two I most respect, since they are examples of “living permaculture.” Cecilia is another inspired one but she moved back to Australia, and Byron’s up-and-coming permaculture empire in Fujino is definitely worth keeping tabs on. Ken was unfortunately couldn’t attend but he is doing some fascinating projects.

Check out the permaculture in Japan orientation guide for more info:
http://livingpermaculture.blogspot.jp/2013/09/permaculture-in-japan-sites-to-see.html

Thich Naht Hanh Tour Japan!
Thich Naht Hanh (Thay) is a human that I admire. He is perhaps that closest person to what I imagine an “enlightened” person is.  He’s come to Japan once before, but his second visit was abruptly cancelled due to the chaos of the March 11 earthquake and nuclear crisis. Well, next year, Thay is scheduled to visit Japan!!! This is no small undertaking, but a handful of us really want to make this a reality. You could say, we have a crisis of “happiness” in Japan.

This May, Thay’s monastic disciples will visit Japan, and I will be one of the translators for the retreat and for the youth themed day. For Wake Up! (the youth themed day), we will do a meditation flash mob in Harajuku (youth fashion district of Tokyo). Then continue on to a nearby park to do walking meditation and sleeping meditation. The day will end at a permaculture inspired straw bale temple. 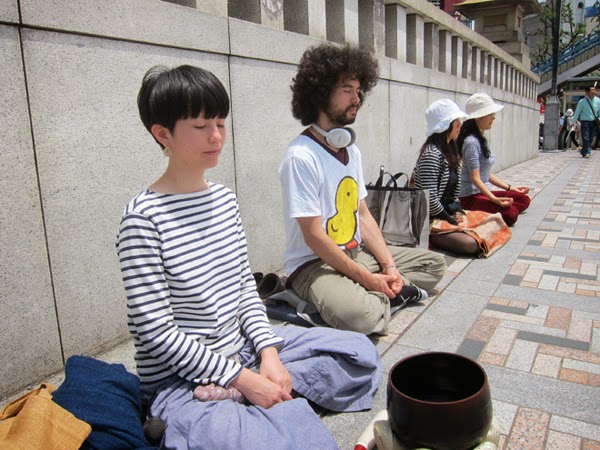 My TEDx talk on “Stopping”:
https://www.youtube.com/watch?v=Kn6FUwzzo_0

＊lately I’ve been running around and not stopping. So, I’m going to stop right now and take some breaths. You can join me too:) 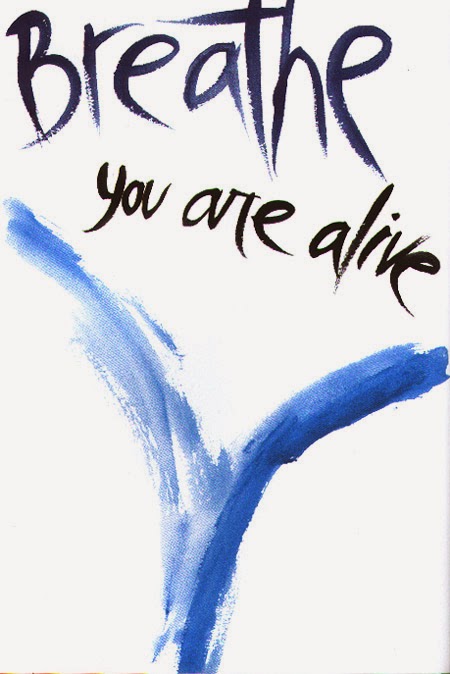 That feels better. I love breathing.

Workshops
Doing tons of them all over Japan! Permaculture, compassionate communication (NVC), zen, youth empowerment, the usual. I love it! And while its all donation based with no suggested amount, I’m able to mostly support myself! My experiment with gift economy. And in Tokyo!

The workshops are all listed on Tokyo Urban Permaculture:
http://tokyourbanpermaculture.blogspot.jp

Nonviolent Communication (NVC) Leadership Program
Wow! So, one of the NVC practitioners that I most respect, Ken (co-translated Marshal’s book into Japanese), really encouraged me to join the NVC Leadership Program organized by Bay Area NVC. It is a year long program with a total of 3 retreats in January, June, and November. Quite a serious commitment, especially if you live in Japan and have to fly across the pacific 3 times! But, NVC has done miracles for my life and activism, and I trust Ken. He even offered to fundraise on behalf of me and now the NVC community in Japan, as well as Bay Area NVC has covered the majority of the costs. Wow. What a precious gift!

I’ll say more about NVC and the Leadership Program in the near future, but for now, lets just say that in the last 3 months I have been yet again, transformed. The level of consciousness, dedication, and love in this program is profoundly inspiring. I am just so grateful for Marshall (the founder), NVC, practitioners, Jane (my empathy buddy who encouraged and supported me to attend the International Intensive Training) and Ken + NVC Japan. Gift economy......love economy.

I’m sure there is more I can say, now its time to get back to social change in Japan..I mean stopping:)

Oh yeah, I'm also helping to prepare Lynn Twist's transform Japan tour. I'm hopefully going to bring in some NVC consciousness into the Leadership themed day. Lynn is a philanthropist that co-founded the Pachamama Alliance, and recently wrote a book called the Soul of Money.

Ok, now I got to let go of writing for real!

May we live in a way that inspires love in all. 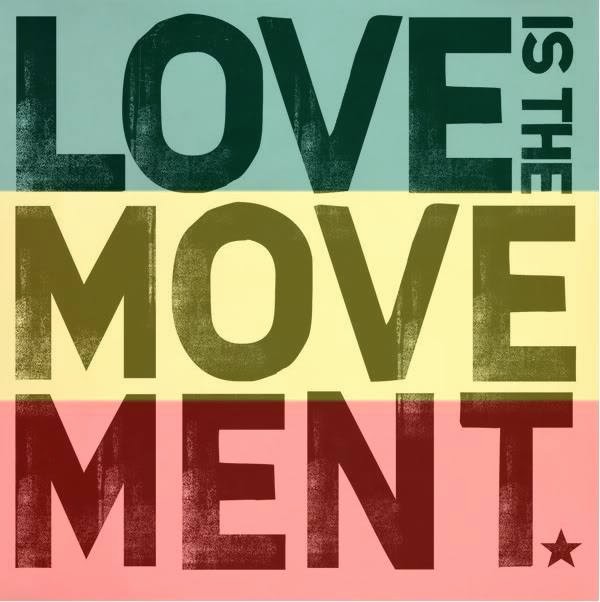 from: enjoying the journeys
Posted by Kai 海 at 5:24 AM