Apologies for not updating much but I am about to take off to my next adventure. Lots of half written pieces.....also know as clutter.

State department official Andrew Shapiro on the "tremendous significance" of the sale
US officials have confirmed they intend to sell $60bn (£38bn) of arms to Saudi Arabia.....If completed, it could be the most lucrative single arms deal in US history and could support 75,000 jobs.
http://www.bbc.co.uk/news/world-us-canada-11587348

Job-creation.
The military-industrial complex in your face.
and who will be the target for $60bn worth of weapons?

China is trying to prevent a report which says Chinese bullets have been used against peacekeepers in Darfur from being published
....
The report says that a dozen different brands of Chinese bullet casings have been found in Darfur, some at sites where attacks on UN troops took place
...
The panel has previously claimed that large amounts of foreign arms and ammunition are being trafficked into Darfur and fuelling the conflict between the government and rebel groups
...
The UN says that about 300,000 people have been killed in Darfur and more than 2.6 million displaced since rebels took up arms there in 2003.
http://www.bbc.co.uk/news/world-africa-11593516

Weapons for wars in developing countries are made in our country and sold to corrupt governments and militant groups. Please just think about that for a second, because it just doesn't seem to me like we can dismiss that reality and continue on with our everyday lives. Does this not warrant a pause? A desire? An action and then a chain of actions?

And what happens to those jobs when they finish making the weapons for the Saudi's? In this design, peace in the middle east or Saudi post peak oil will lead to the loss of 75,000 jobs (of course its a simplification but perhaps with some truth in it).

If you are interested in more about this subject, check out
Stockholm International Peace Research Institute
http://www.sipri.org/

Also, if you haven't already seen the documentaries Why We Fight and Blow Back, I highly recommend it to put perspective on this issue. They are quite well done.
You can watch it here
http://freedocumentaries.org/
Super cool site where you can watch tons of amazing and mediocre documentaries.

I want to recommend a bunch of documentaries but I feel like planting seeds for WE: Arundhati Roy. Also available at freedocumentaries.com. She will take you on a journey of heartful lyrical eloquence about our world and expose the injustices while elevating our souls for a better future. We.
Posted by Kai 海 at 9:37 PM 2 comments:

Both these nuts are sold in US supermarkets, and you most likely have eaten them.
両方とも日本のお店で買う事ができます。
特に珍しいナッツではありません。
食べた事が無ければ、聞いた事があると思います。 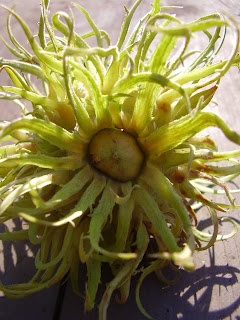 Rasta nut! Fierce like a lion.
That would be my vote for a name.
ラスタナッツ。
ジャマイカのライオンの神様と連想しました。
さて、何ナッツでしょうか？ 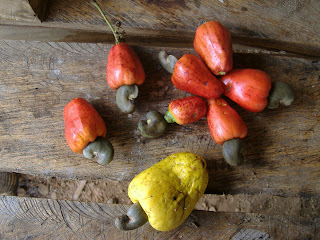 A relative to poison oak and mango. This is a picture I took while living in the tropical dry forest of Guanacaste, Costa Rica. The howler monkeys who hung out all around us, sometimes coming right by our screen (we had no windows), loved the fruits above the nuts. We went straight for the nuts and threw thm into the fire to burn off the toxins and access the nuts. It was a very intense involved process and all the locals that we met only had interest in the fruit. 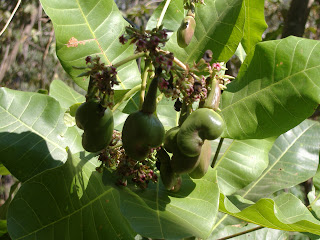 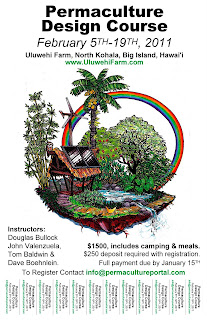 Here is a course that Doug Bullock, John Valenzuela, Tom Baldwin (owner of Uluwehi) and Dave are planning to teach on the Big Island. I bet it will be a lot of fun and excellent learning, but of course I am biased (I mean who isn't.....the Buddha).

More info at http://www.permacultureportal.com/courses_current.html#design_uluwehi
詳しくは上のリンクにクリックしてください。ご質問等があればコメントを残すか、メールをください。
Posted by Kai 海 at 5:37 PM No comments: